The makers of Hangman are, hence, bringing Spider Solitaire to the Blackberry platform. Now you don't need to open your desktop to play your favourite game. You may play anywhere you go, for example, at the following places -

So play Spider Solitaire on your Blackberry smartphones. The rules are just the same as the desktop version. All the very best to you!

Scan to launch our Mobile App 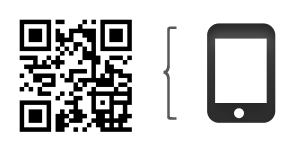 Our network,
Interesting places to explore

Here you will find downloads for your BlackBerry phone. GPS and navigation app plus many other useful free utilities to enhance your phone. Themes for Bold, Curve, Torch, Tour and Storm BlackBerry smartphones. SMS tools to manager your messages and calendar appointments.
Advertise | Terms or use | Help | Contact Us
BlackBerry Download .net , Mobile Network 2015
BlackBerry® is a trademark of Research in Motion, Inc.